I am excited to share that Patio Life won two awards in the 2021 Summit International Creative Awards – GOLD for Industry Self-Promotion Collateral and SILVER in Photography!

The Summit International Awards recognizes and celebrates the creative achievements of small and medium sized advertising agencies worldwide with annual billings under $30 million.

Entries in 18 major categories are judged against a stringent set of standards. During its blind judging (entering company names withheld) the Board of Judges search for and identify innovative and creative concepts, strong executions and user experience, and the ability to communicate and persuade.

“Winning a Summit Creative Award is a significant accomplishment in ones career. With vetted judges, tough judging criteria, two-phase blind judging processes, and strict bylaws limiting winners, only deserving entries receive recognition.” Said Jocelyn Luciano, Managing Director for the Summit International Awards. “The creative work this year was outstanding. Watching the judges debate the details of individual entries in the run-off for the tops spots was inspiring.” 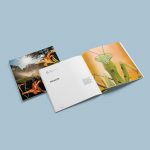 Looking for a book on bugs?

If you plant it – they will come!

Looking for a Boston graphic designer and photographer specializing in product photography and portraits?